I’m not that innocent. Just ask my wife. Her first perception was when we met in a bar in Chicago. At the time she believed I was a naïve college boy who wouldn’t be able to pay for dinner when I asked her out to pizza. I was half drunk after an all day paintball excursion on a bus with a kegger and about fifty of my closest camouflaged friends. Looks can be deceiving. As it turned out, I was nearly thirty years old and out of college for years with a good paying job. 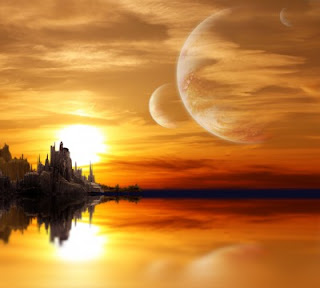 My innocence started in a small town named Mt. Prospect, Illinois. I remember having “wars” with the neighbor kids in our backyards. We had a fence between us and there were like twenty of them to our three. We had this pile of stones in our backyard that my dad called landscape. We used to toss the rocks at one another until someone went home crying. I think one of them actually had his eye injured and wore a patch for a week. One day I had this crazy plan to dig a hole along the side of their house where they ran. It took me an hour to dig a hole big enough for them to fall into. I wanted to put pointed sticks at the bottom, but I figured that would kill them, so I filled it up with water instead and covered it with sticks and leaves. Then I could pelt them with rocks and pointed sticks. Unfortunately my mom came home early that day and made me fill it in. About an hour later I heard my brother and sister screaming from the hole that they were stuck in quicksand. I leaped for joy. My plan had worked. I had caught two people in my hole of death.

I did all sorts of things that probably would have sent me to a juvenile detention if it happened in today’s world. I used to meet my friends in a small alley behind some houses and burn whatever we could get our hands on, until one of the neighbors chased us. This was also the place where I smoked a pack of cigarettes we kept buried—I blame this for my shortened height. I took my friends to the neighborhood pharmacy and had each one of them steal a can of Silly String. I stole a little toy truck as well because of the thrill, not because I wanted it. My mom was surprised when a Silly String party arrived at her home and asked how we bought it—I guess she knew I was a klepto. This was all at the age of eight. Later in my college days I crashed some frat parties. My friend was the biggest lineman on the football team and was drafted by the Broncos. I never had a problem getting into select parties. I was a rubber tree on Halloween. I wore green medical scrubs and taped some branches and a couple packages of condoms onto my body. By the end of the night all my condoms were gone, but it was one heck of a party.

There were some frightening moments early in my childhood. I remember peeking into a house that was rumored to be haunted and children disappeared. A car pulled up with an old man and a woman. They rolled down the window and asked me to come closer. I ran like hell. We never told any adults about this because they wouldn’t believe us. A few years later my friend and I were the last ones waiting for our parents to pick us up at Boy Scouts. My friend dared me to toss a snowball at the next oncoming car, and so I did. I hit it smack in the middle of the windshield. The car came to a screeching halt and the driver came running after us wearing a leather biker jacket and slicked back hair holding a bat in his hands. We hid under the pews of a nearby church praying to be saved. My friend cursed me for throwing the snowball and kept saying, “Why did you have to pick that one?” A dare is a dare and I wasn’t going to back down.

Everyone has an imagination, but few are prepared to share it with the world. I thought about this while forcing myself to read another boring book being force fed to the masses. There are some very talented writers who can describe a room in vivid detail. I force myself to read another long page describing how Tristan sips his coffee with his left hand as if that is diabolical. I can nearly smell the vanilla flavored coffee while warming up to the fire in the hearth. If I knew a guy named Tristan when I was a kid, he would have a black eye or broken nose. How I wish the villain had put a special concoction of dragon’s blood mixed with nightshade into poor Tristan’s drink. That would be exciting!

I want a story filled with excitement. All that detail about the weather is terrific, but give me some juicy accounts on the edge of a cliff with little demons waiting to eat the hero. Let me believe for a moment that our world may extinguish because Johnnie didn’t eat a certain type of cereal. I want a page turning novel filled with excitement that keeps me on the edge of my seat or maybe under the covers of my bed. I don’t care if it’s real, that’s why they call it fiction instead of the boring True Life Story of Bill the Banker.

I know it’s out there. You know the type of book. The kind you can’t wait to finish, but sorry when it’s over. The kind of book you read over and over again wanting to memorize every phrase. The one that makes me laugh and maybe even cry. I want that book and I know it’s out there because I see it every night moving in my head. Just give me a chance and let me show you my imaginary world.
Posted by George M. Moser at 6:00 AM 9 comments: